How the Fleece Vest Became the New Corporate Uniform

Wall Street Journal: “THE FLEECE ZIP-UP VEST, the capstone of a new corporate uniform, lurks in air-conditioned corporate cubicles across America. It covers the sweating backs of nervous interns ordering supersize coffees at Starbucks . It’s worn by silver-haired executives in the elevator, heading up to their corner suites. It appears in myriad shades of gray and blue, on men of all shapes and sizes who earn all kinds of salaries. It has become as ubiquitous as the take-out salad in humdrum workplaces, and is slowly supplanting the suit and tie as essential office wear.

Typically, the vest is worn over a button-up shirt and paired with chinos and brown dress shoes of any flavor. “The uniform” is how this ensemble has been branded around the office of one 36-year-old working in capital markets in Pittsburgh, a past practitioner of the much-mocked look who asked that his name be withheld. During a recent trip to New York City this month, he observed scores of men wearing gray fleece vests even as temperatures touched the mid-90s.

The trend is so pervasive that an Instagram account with nearly 40,000 followers, The Midtown Uniform (@midtownuniform), has sprung up to savagely document these corporate clones in cities like New York, Toronto and Washington D.C. The anonymous account adds pithy captions to crowdsourced photos, riffing on the omnipresence of this particular outfit. “Money isn’t really yours unless you’re fully vested,” read a caption on a recent post showing two men in matching pink shirts and blue vests. Despite the implicit ridicule, the comment sections on these photos are littered with friends tagging each other and saying things like, “Bro, this is so you.”

Will Crowley, a 25-year-old investment banker who lives in Hoboken, N.J., is well aware of The Midtown Uniform account, yet it hasn’t inspired him to give up the ubiquitous outfit. “There are times where I can’t just wear a shirt. I kind of have to wear a vest,” said Mr. Crowley. He owns six vests, which he calls a “staple of people who work in finance,” mostly from Patagonia or Vineyard Vines. He rotates through the vests during the week, unless he’s meeting with a client, in which case he wears a suit.

The midtown uniform appears to have taken hold post-2008, when many financial firms loosened their once-strict suit-and-tie dress code. The message was: We know your salary is down, but at least you get to dress casual on Friday! “The payouts regressed, so just like every industry that has payment difficulties, they find other ways to satisfy employees and dress is one of the easiest ones,” said a 35-year-old stock trader in New York City, who also asked to be anonymous. He was on the floor during the 2008 recession, and described how the sport coats and wool slacks gave way to vests and cotton chinos in its aftermath.

Though midtown New York has now become especially associated with this new dress code, the vest’s roots lie in Silicon Valley. “If you go to the Whole Foods here you’re going to see [the vest] everywhere,” said Christina Mongini, the costume designer for HBO’s parodic sitcom “Silicon Valley” and a Bay Area native. Jared Dunn, the show’s type-A COO, wears a fleece vest over a button-down in nearly every scene in which his character appears. Said Ms. Mongini, “Jared’s style is really perceived as the normal basic understated business-casual attire.”

Outdoorsy fleece vests matched the youthful, countercultural Silicon Valley spirit in a way suits and ties never did. Bay Area C-suite executives such as Apple’s Tim Cook, Facebook’s Mark Zuckerberg and PayPal cofounder Max Levchin have boasted of cycling or hiking during the work week. As Ms. Mongini said, “You can hop on your bike and throw your vest on and head over to Santa Cruz on your lunch break if you wanted to.”

Across the nation, the vest was an easy sell. “It’s very difficult to just sit there and work in a suit jacket,” said the 35-year-old stock trader. In a vest, “I can sit at my desk and feel a little bit more comfortable.” Aiding and abetting the trend toward sleevelessness, a couple of years ago brokerage houses and trading platforms shrewdly started giving away the vests as a freebie to entice traders. The vests’ low cost was a way around financial regulations (which cap gifts to traders at $100) and the wearable promos were more functional than the giveaways they replaced such as candy tins and Nerf Footballs. These promotional vests, with “Equifax” or ”Merrill Lynch” embroidered along the chest, are now a common sight in New York.

The trend has become self-perpetuating: People wear the vest because it’s what people wear. “Now it’s the new thing: It’s not suspenders and a bengal-striped shirt,” said Mr. Crowley. “It’s a Patagonia vest and a button-down shirt.” He added that the “bro-culture” of finance has helped reinforce this look, with its scores of men following the same path from prep school to the Ivy League to a job in finance. Looking like your peers is part of the package. Said Mr. Crowley, “If you want to be successful, part of it is wanting to fit in.”

Though young professionals do typically want to fit in, the fleece vest can also help them tackle another insecurity. The Pittsburgher who’s mostly given up the vest part of the uniform admits that it had its uses: “As I’m aging, I would say it hides your belly.” Who says fashion isn’t functional?” 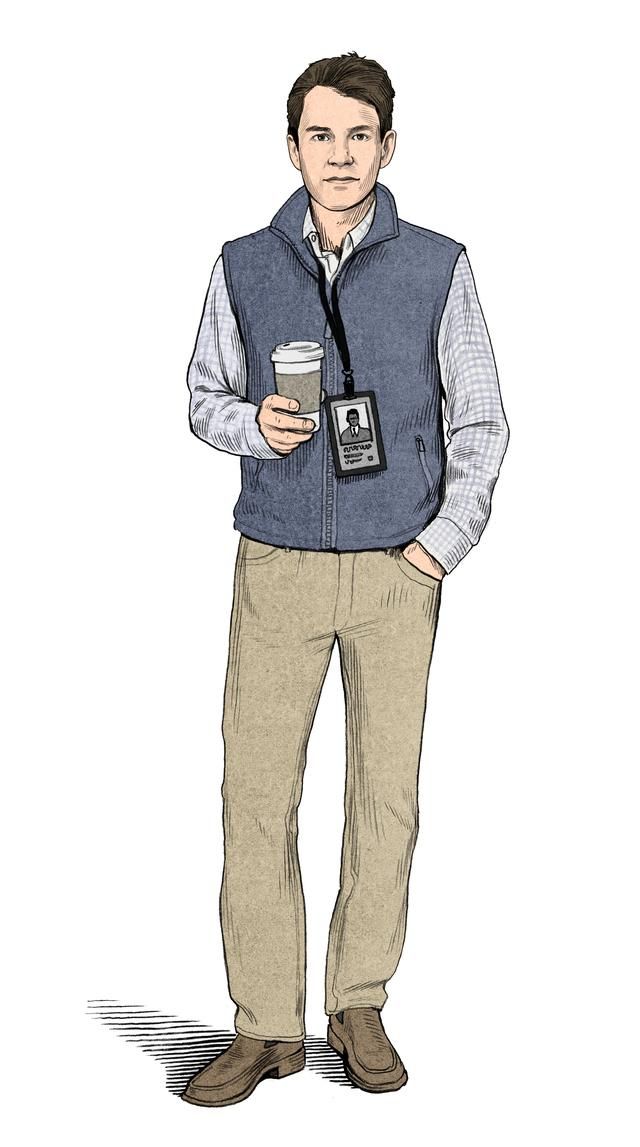 The Vest In all of its glorious shades of gray and blue (or even black, for true renegades), the fleece vest is the pièce de résistance of the corporate clock-puncher’s uniform. Bonus points for your company’s name stitched on the breast—yes, that’s a thing.

The Button-Up Shirt The trusty base layer of today’s cubicle armor, often in safe shades of blue, white and pink. The only item more contentiously conventional than the fleece vest is the blue-and-white gingham shirt, so wearing both clearly brands you as someone who colors within the lines.

Slacks The Midtown Man favors beige-colored chinos, with pleating for the over-40 gentleman and a flat front for under-40 guys. Gray wool pants are the winter-friendly option.

The Lanyard Sure, you could tuck it in your pocket, or keep it in your wallet, but then how would everyone know where you work so they can find you on LinkedIn later? It’s all about the connections.

The Coffee Cup Because how can you get through a grueling 12-hour work day (after crushing tequila shots the night before) without a venti double shot latte? The Midtown Man whips out his battered Starbucks Rewards card at coffee shops from Rockefeller Center to Richmond, Virginia.

Brown shoes From chocolate-brown brogues by Allen Edmonds to cafe-au-lait square-toed Rockport loafers to topsiders straight off the sailboat, brown shoes are the anchor of the Midtown uniform.

With this trend on the rise and the cold weather quickly approaching, now is the time to brand your own fleece vests. Click each item below to shop our top picks! 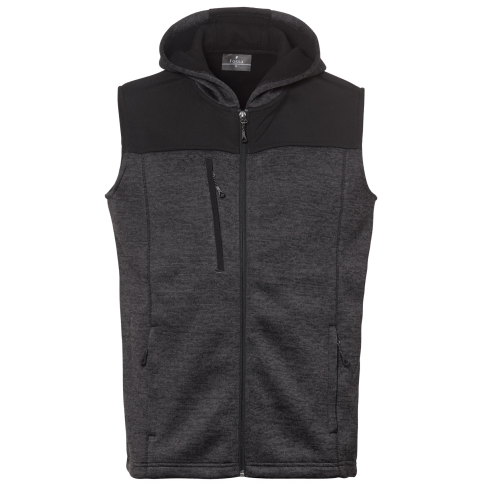 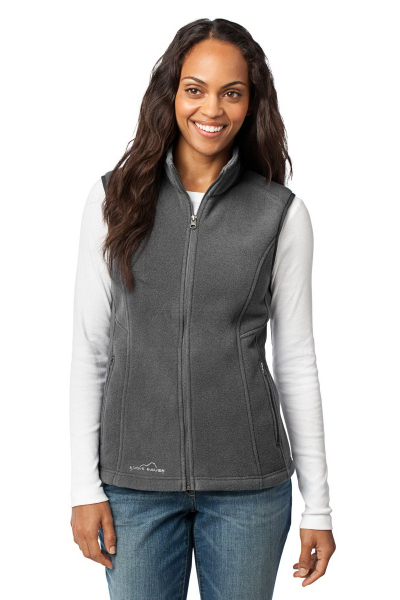 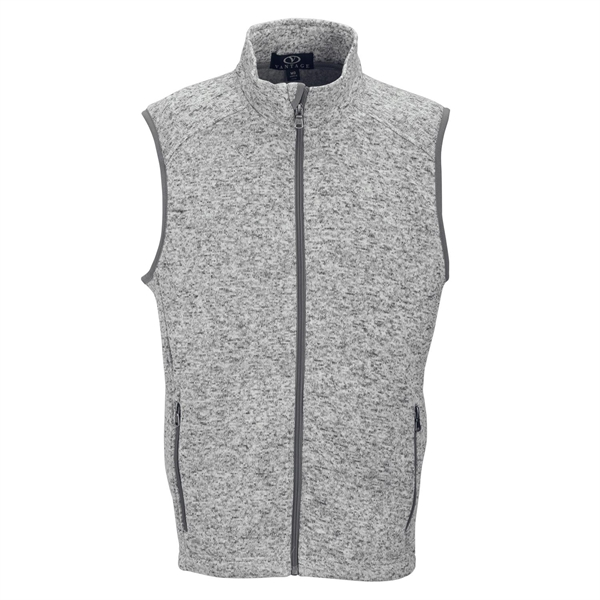 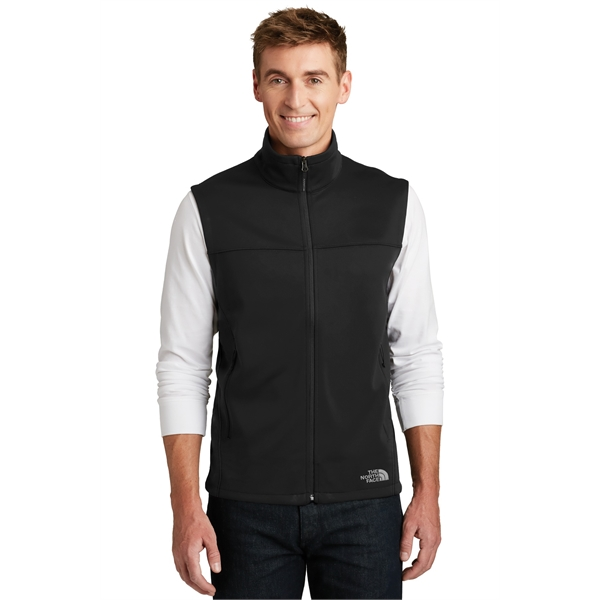 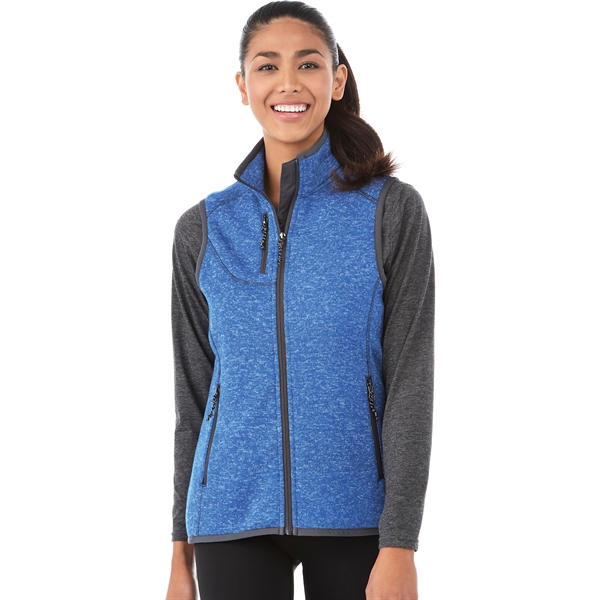